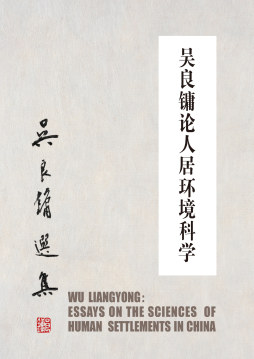 吴良镛论人居环境科学（WU Liangyong: Essays on the Sciences of Human Settlements in China）

Since C. A. Doxiadis advanced the theory of EKISTICS with the ending of World War Ⅱ, the theory and practice of the Science of Human Settlements has been developed over the world. The UN Habitat Ⅰ Conference in Vancouver in 1976, the RIO Conference in 1992, the UN Habitat Ⅱ Conference in Istanbu·in 1996, as wel·as other worldwide actions up to the UN Specia·Conference of Istanbul+5 last June,have marked an unceasing progress of the research in this field. The new concepts of Human Settlements, Habitat, cities in the globalizing world, emerging in consequence of the research progress, have become the globa·guidelines for building a sustainable world. Today, the sustainable development of Human Settlements has become a common theme al·over the world and thus architecture and urban planning have been ushered into a broad realm of multidisciplinary cooperation for further development.。